As we look toward the Fall and the hope that things will return to a more normal ebb and flow. We are offering three exciting in-person courses this fall! Since these courses will be face-to-face or mask to mask, we want to assure you that we will follow university guidelines with regard to mask wearing and social distancing. We believe that in-person conversation and discussion are essential components of Liberal Arts Studies courses and we are excited to get back to that model. Should the university pivot to another strategy, we will make the appropriate changes to our schedule.

The sublime dates back to ancient times, but the emergence of the sublime as an important category of the aesthetic in the eighteenth century can be said to signal the emergence of at least one part of modern consciousness. The sublime is often seen as a way out of skepticism or a way into it; that is, it is either cited as proof of the transcendental or as evidence that sensory and psychological experience forms the limits of our understanding. When the sublime was first defined at the height of the Enlightenment it was viewed as an elevated form of the beautiful; with the increasing importance of Edmund Burke’s Enquiry, however, we see that the sublime is based in terror, in the revolt of the irrational. We will read Burke and Immanuel Kant as well as critical overviews of the subject in order to understand the difference between the rhetorical sublime, the natural sublime, among others. We will then discuss the famous Romantic formulations, consider the developments in the 19th century, and then debate modernist and postmodernist philosophical and artistic responses. Though the emphasis will be on aesthetic philosophy and literature, we will endeavor to include parallel developments in other forms of art. 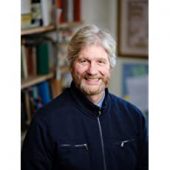 Jeff Holdridge, Ph.D. is a Professor of English and Director of Wake Forest University Press.  Professor Holdridge lived and studied in Ireland for 12 years before joining Wake to teach Irish literature and direct Wake Forest University Press. He enjoys teaching the cultural and political history of Ireland and endeavoring to relay the complex systems of the masters W.B. Yeats, James Joyce, and Samuel Beckett, as well as introducing the many Irish writers whose artistry sheds light on this culturally fertile, but historically embattled island. In his work at the Press, he has overseen the publication of numerous volumes from many of the best poets writing in Ireland. He is also the author of three volumes of poetry, The Sound Thereof (Graft Poetry, 2017), Devil’s Den and Other Poems (Split Oak, 2015), and Eruptions (Lapwing, 2013).

The 2020 pandemic revealed the importance of the global digital infrastructure that has been built since the beginning of the Twenty-First Century. This system allowed for a modicum of pre-pandemic life to continue as the World went into various aspects of personal isolation with the digital being the only tether with the World beyond the physical confines of the safe shelters. At the close of 2020 there are no clear signals of how the pandemic may be contained or its long-term effects suggesting that the digital systems will remain central in the lives of people. This course explores the foundations of the digital systems, from networks such as Facebook to emergent technologies such as wide-spreadvideo conferencing, and how the systems are transforming to meet the needs of a post-pandemic World.

Ananda Mitra, Ph.D. is a professor of Communication at Wake Forest University.  Professor Mitra’s expertise makes him the go-to person for the latest trends in social media and how “narbs”—the personal details such as residence, age, sex, and interests that users reveal on social media sites—are used.  He is the author of a series of books on digital media addressing such topics as digital video, digital crime and digital commerce.

LBS 727 How to Think Like a Doctor: Curiosity. Analysis, Communication, Empathy

An essential ingredient for both a strong liberal arts education is the trait and further development of curiosity so this course will start with some readings and discussion of curiosity. If one is curious, then one questions cogently using open ended questions then listens carefully and observes keenly so this seminar will include some additional recognition, development, and practice of those characteristics. In addition to curiosity, the best doctors are good interviewers, active listeners, and good communicators so some readings and exercises on those topics come next. 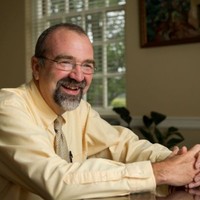 Mark Welker, Ph.D. the William L. Poteat Professor of Chemistry at Wake Forest University. He received his Bachelor of Science Degree in Chemistry from the University of North Carolina at Chapel Hill and his Ph.D. in Chemistry from Florida State University. His group’s research work in new organic reaction development has been funded many times by NSF since 1987 and his group has worked on a number of federally funded medicinal chemistry projects with colleagues in the School of Medicine. More recently with Dr. George Kulik in the Department of Cancer Biology and Dr. Fred Salsbury in the Department of Physics, we have been modeling, synthesizing and testing a number of PI3 kinase inhibitor prodrugs.  Since 2015, we have worked on the current project on engineering polysaccharides for use in drug delivery and regenerative medicine working with Dr. Emmanual Opara and his research group in the Wake Forest Institute for Regenerative Medicine. 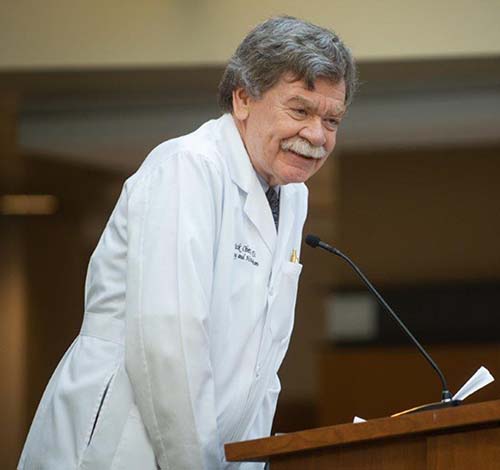 Patrick Ober, MD. is Professor of Internal Medicine (Endocrinology and Metabolism) at the Wake Forest School of Medicine in Winston-Salem, North Carolina. Dr. Ober is interested in the relationship between the humanities and the practice of medicine, and he has written about the dehumanizing properties of the electronic medical record. He is an internationally recognized Mark Twain scholar, author of the book Mark Twain and Medicine: “Any Mummery Will Cure” and numerous other writings and presentations about Twain and medicine.

If you have questions about the Liberal Arts Studies M.A. program, please contact us so we can help you!